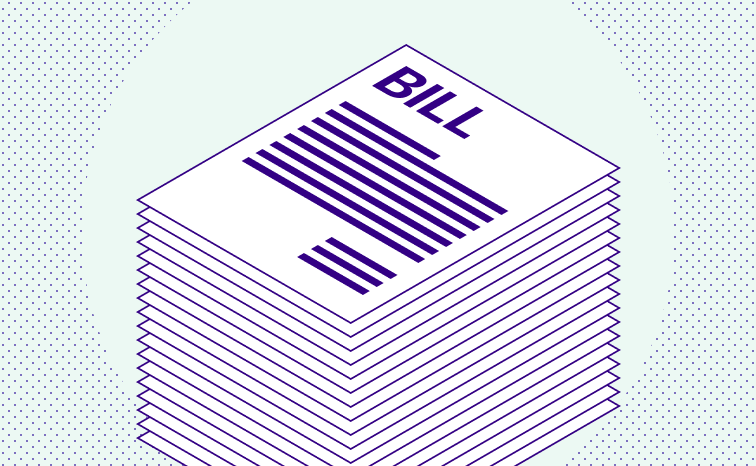 Understanding the Financial Burdens of the Modern Patient

Your physician practice does everything it can to make the patient experience a positive one, from filling the front desk with friendly staff, to stocking the waiting room with comfortable chairs, to developing close and trusting relationships between patients and providers. But a negative billing experience can easily eclipse even the most carefully cultivated ambiance and clinical interactions, and in these uncertain times, there’s nothing more negative than getting a large bill that you can’t pay. Troublesome medical bills are bad news for patients and physician practices alike.

For patients, unmanageable medical bills can cause stress and financial strain as one-quarter of adults in 2018 were forced to delay or forego future healthcare treatment because of medical expenses they couldn’t afford. For physician practices, outstanding bills can negatively affect KPIs ranging from days in AR to bad debt. For patients, these medical bills can be financially crippling. As a result, providers must work to understand the financial burden of the modern patient in order to create effective solutions.

The Source of Troublesome Bills

Although it may seem as though only hospitals and health systems routinely generate bills with large patient balances, in reality, patients have trouble paying for medical bills from all sources—including physician practices— and in all amounts. In fact, 65% of people who had trouble paying for a medical expense said those bills were for doctor visits. Diagnostic tests (65%) and lab fees (64%) were also common sources of troublesome bills, which are services that physician practices routinely perform and bill for.

Patients also have trouble paying for bills in all amounts, not just ones in the thousands of dollars. A recent Kaiser Family Foundation survey showed that 24% of insured patients and 22% of uninsured patients struggled to pay bills of less than $1,000. Even bills that are much lower than $1,000 can cause major financial strain, with 18% of patients saying they could only afford to pay up to $100 of an unexpected medical bill, according to an Ipsos poll for the healthcare transparency firm Amino.

The Skyrocketing Cost of Care

While not every patient will have surgery or be transported to the hospital in an ambulance, chances are they will visit the doctor from time to time, whether it’s for an annual wellness visit, to address a sudden illness, or to manage a chronic condition. However, despite healthcare being a near-universal experience in the United States, it’s also an incredibly expensive one.

In this country, healthcare spending topped $3.6 trillion in 2018, adding up to about $11,172 per person. It also accounted for a whopping 17.7% of the nation’s Gross Domestic Product. That’s much greater than in other high-income countries. Healthcare costs themselves have been shooting up faster than other expenses, too. The Peter G. Peterson Foundation notes that although the Consumer Price Index has grown 2.1% per year over the past two decades, it’s grown much faster for medical care, to the tune of 3.5% per year.

Healthcare’s high price tag in the United States can seem hard to fathom, but those enormous numbers have real-world consequences and real patients who are affected by them. In 2019 137.1 million adults reported some kind medical financial hardship in the past year. People who reported medical financial hardships had trouble paying their medical bills and even delayed or avoided future medical care because it cost too much. Patients who are forced to choose between buying groceries or paying their medical bills will no doubt choose the former.

According to Commonwealth Fund research that started in January 2020, just before the COVID-19 pandemic struck the United States, 43.4% of U.S. adults ages 19 to 64 were inadequately insured. That includes people who were uninsured (12.5%); insured but had a gap in coverage (9.5%); and underinsured (21.3%), which is defined by metrics that consider patients’ out-of-pocket and deductible costs in relation to their overall income.

These issues with insurance coverage are directly linked with struggles paying medical bills. The research found that even one-quarter of patients who weren’t technically underinsured still struggled with medical bill problems or medical debt. In addition, 67% of adults who reported medical bill or debt problems said the person in their household who incurred the medical bill was insured when the care was provided. This shows that even people with health insurance could benefit from a flexible payment arrangement with their healthcare provider.

Household healthcare insurance expenditures nearly doubled between 2010 and 2018 jumping from $1,831 to $3,405, according to the Bureau of Labor Statistics, and with that rise has come the rise in something else: high-deductible health plans. In these plans, patients trade lower monthly premiums for higher deductibles, a costly gamble that has proved risky and untenable for many people. The Commonwealth Fund says that the share of the adult population in private health plans with deductibles of $1,000 or more doubled between 2010 and 2020.

Deductibles are also making up a larger share of people’s incomes. In 2010, only 7% of people in private plans had deductibles that amounted to 5% or more of income. That number had risen to 15% of people by 2016. The prevalence of high-deductible health plans are yet another reason that patient-friendly payment arrangements are a good idea: 62% of people with high deductibles ($1,000 and up) who had medical debt had racked up bills of $2,000 or more, as reported by the Commonwealth Fund research.

The Impact of Medical Bills on Savings

While the number of people whose deductibles are $1,000 or more per year is on the rise, the number of Americans with that amount of money in their bank account is plummeting. In 2019, a whopping 69% of respondents to a GOBankingRates consumer survey said they have less than $1,000 in a savings account. That’s compared with 58% in 2018. In addition, 45% said they have no money in a savings account.

The Role of the Physician

Given these statistics, it’s clear that medical expenses have the potential to derail patients. According to a Federal Reserve report published in 2019, even an unexpected expense of $400 would cause problems for many American adults, and 27% would borrow or sell something to pay for the expense, while 12% would not be able to cover the expense at all. As a result, physicians must work to provide consumer-friendly ways to make paying for medical expenses realistic and affordable for their patients.